A significant decrease for the maximum vertical force, negative (braking) and positive (propulsive) horizontal forces were found with age. The lower values suggest an inability to tolerate and generate high braking and propulsive forces. An age-based decrease in horizontal and vertical impulses suggested that increased contact time generated with age did not compensate the associated reductions in contact forces (both horizontal and vertical). For the older athletes the maximum vertical force was generated in the eccentric phase and may play a stabilising role to control the lowering of the centre of mass. 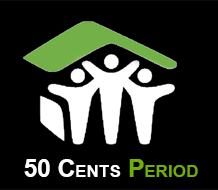 The oldest athletes spent less time in the concentric phase when compared to the younger athletes which can partially explain the significantly different horizontal impulses between the S < 35 and M60 groups. The truncated concentric phase demonstrated by the older athletes could also be attributed to the neuromuscular responses that change with age. Mian et al. Reported that ageing was associated with deterioration in many biological systems all of which affect the ability to produce competent dynamic motion. An alteration in the recruitment and discharge (rate and pattern) of muscle fibres can occur with age, along with the coordination of muscle groups.

Therefore the considerable (13%) delay between the maximal active vertical force and the end of the eccentric phase could be attributed to an impaired neuromuscular system. To initiate the upward motion of the centre of mass at the end of the eccentric phase the older athletes had limited force generation capabilities compared to younger athletes. At this time a large vertical force is desirable to elicit a quick change in the direction of the centre of mass and the release of stored elastic energy. The lower force could be attributed to both the loss in muscle mass and strength that is associated with age and also to the reduced flexion angles in the lower body joints, particularly the ankle joint.

Stay up to date